Raghav and His Skates

Raghav and His Skates

This is a moral story for kids, especially for little ones who are learning to write. It has an interesting and practical Moral. Bad handwriting may cause a havoc - Not just in the student life, but later in the career also. Stories like this might inspire our little ones to write. 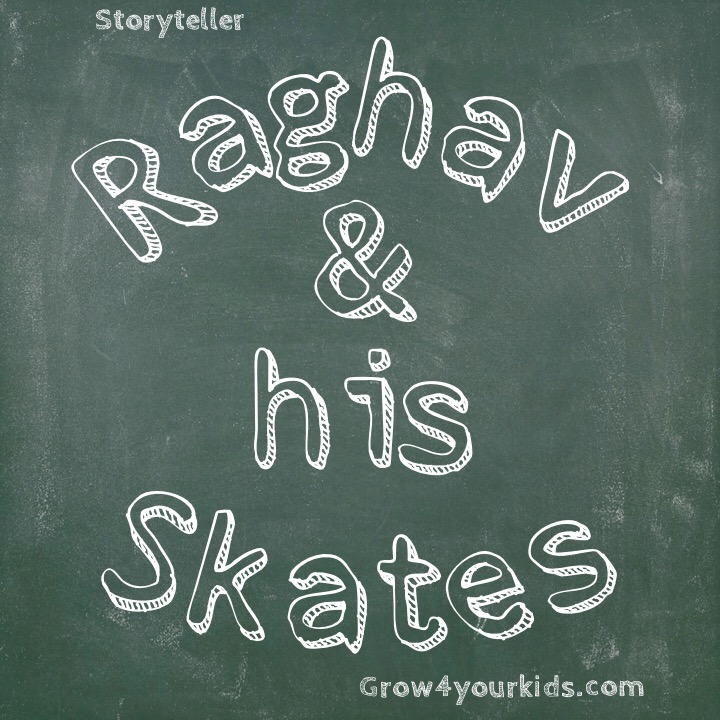 Raghav was very happy today. His father had promised him a gift of his choice as he was awarded the best Scout in second grade in the School. But Dad was in a hurry this morning, he had some very important work in the office.

And it was raining, and Raghav didn’t have a Raincoat, so Raghav’s uncle, Raman, was given the assignment for getting this gift for Raghav from a local Kids’ Shop. Raman Uncle was an often-lost-in-himself 19-year-old student. As Raghav started with his description of the gift, Raman said sternly, “Look kiddo, if I make any mistakes, understanding what you’re saying or repeating it correctly, I’ll get scolded. Big time. It’s your special gift, so write the whole thing on a paper, I’ll just give it to the Salesman, and get the wrapped package back for you.”

Oops. Writing. Not one of his favorite things. But Raghav wanted this gift, and he wanted it today! He had already waited two days as the shop was closed due to holidays.

So he sat with his pen and paper, and jotted down,

There. Not that difficult, huh? And he had described everything, the size, the color. Now he will have his most awaited Gift in just two hours time. 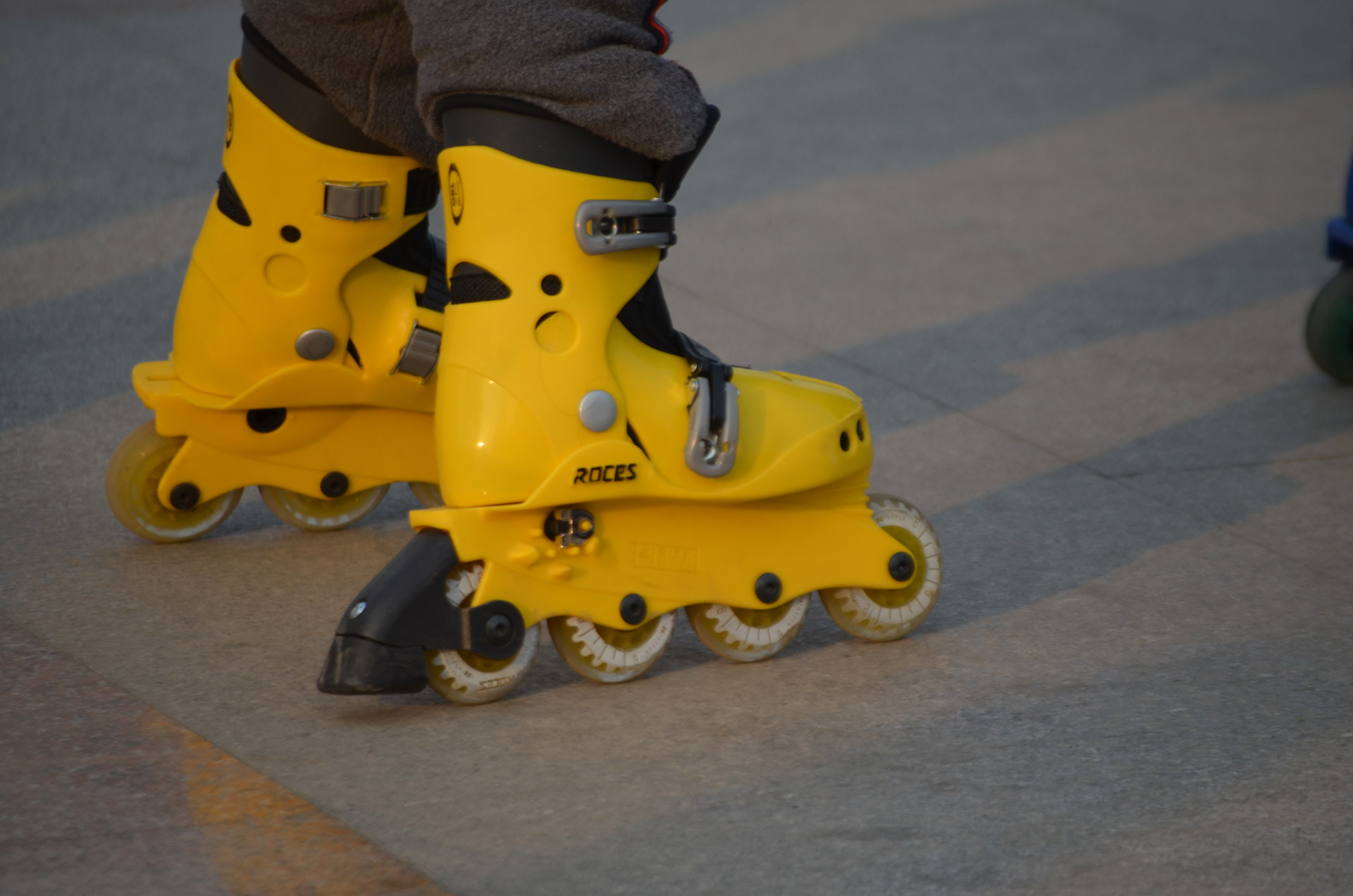 He waited. Patiently for first few minutes, then he continued to get more and more restless. His Mother was home today and was amused to see how her anxious son kept going to the window again and again.

“Raghav, Raman Uncle will bring your gift, don’t worry. What is it that you’re getting by the way, do I get to know now?”

“No,” he said, “I’m keeping this a secret, and will only tell you once I am an expert.”

“I’m not revealing Mumma, no guesses allowed.” He laughed and ran away to the window again.

Finally, Raman Uncle returned and gave the package to Raghav. Raghav took one look at the package and… his spirits sank. The box was not big enough to hold skates, it was not wide enough. This one was a slim and tall present. What just happened? May be his uncle was trying one of his pranks.

“Ha ha, very funny Raman Uncle”, he said, attempting at a light voice. “Now give me my skates.”

But his uncle just frowned and gave him a strange look. It said, “Should I know what’s that supposed to mean?”

And Raghav just snatched the package and tore it open, and he saw… Slates. Definitely Adjustable size, with knobs to increase or decrease the height of the Easel and bright yellow in color.

“How can you be so foolish!” He shouted at his uncle. The poor fellow was stunned for a moment. “I got what you wrote in the paper. I think you should learn to behave yourself.” And he went outside.

Raghav’s Mom was disgusted with what he had just done. She said, “How could you be so hurtful, Raghav? Raman went riding in this rain for your gift and you…”

“But I wanted Skates Mumma.” He was in tears now.

His mother went out to talk to his uncle, apologized and came back with a piece of paper.

“Take a look at what you’ve written.” She said softly.

Raghav took the paper, and… he understood what went wrong. His 'k' looked very much like 'l'.  Rest of the letters were bare legible.

“Practice is important kiddo, very important.” His mom told him gently. “You worked hard and practiced a lot and you were the best scout. If you practice and work a little on your handwriting, this kind of mistake will not happen. Otherwise, today it’s just a wrong gift, but tomorrow it could be a plane crash!”

His mom now had Raghav’s full attention. “What happened Mumma, how did the plane crash?”

And rest of the afternoon passed with the story of the pilot who had bad handwriting, which was scribbled in some notes for his co-pilot. The misunderstanding caused the plane to crash.

Raghav, having realized his mistake, apologized to his uncle, who was quick to forgive. His father asked if he wanted the gift to be exchanged, but encouraged by his mom, he said no, and used the slates to improve the formation of his letters.

Raghav got great praises from his teacher in the following term for an excellent improvement in his handwriting. And his Mom and Dad took him to the toy store.

Any guesses about what he got for himself this time?

Moral of the story? Well, this one’s simple. Work on having a beautiful handwriting. And of course, control your temper, and don’t forget to apologize when you hurt people around.

This story is a piece of fiction. But bad handwriting can actually cause many real problems. Not just in student life of your child but even later. According to a study by the University Of Minnesota School Of Public Health, illegible handwriting and transcription errors cause over 60% of the medication mistakes in hospitals. The Plane crash mentioned above is not fictional. From destroyed illegibly addressed holiday cards to wrong deliveries, from teachers and engineers to doctors and scientists, the bad handwriting problems give nightmares everywhere. 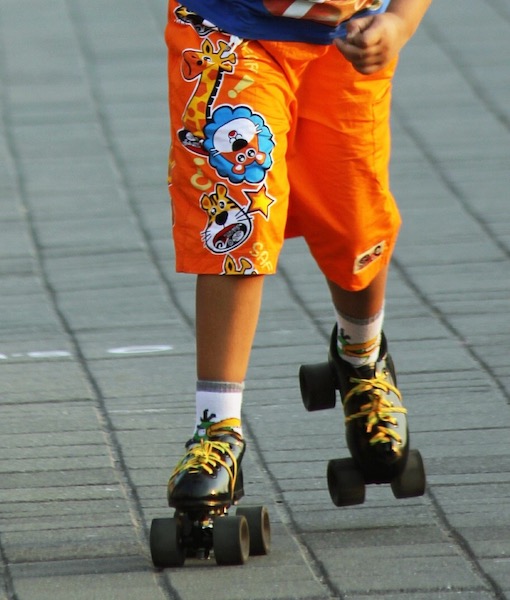