Shriya and her Water Bottle

Shriya and her Water Bottle

This story is Shriya's. A little girl who is a great believer of Magic! And she loves stories which have a lot of magic.

The story of a grocery guy Raghav who helps a thirsty old man and the grateful man makes Raghav’s Pitcher magical. Not only does the pitcher refills itself but it also has magical healing powers.

And Shriya thinks, that this old man might come someday and her water bottle can become magical too. What happens when Shriya actually finds an old lady who asks her for water? Does her bottle become magical? Let's read on to find out. 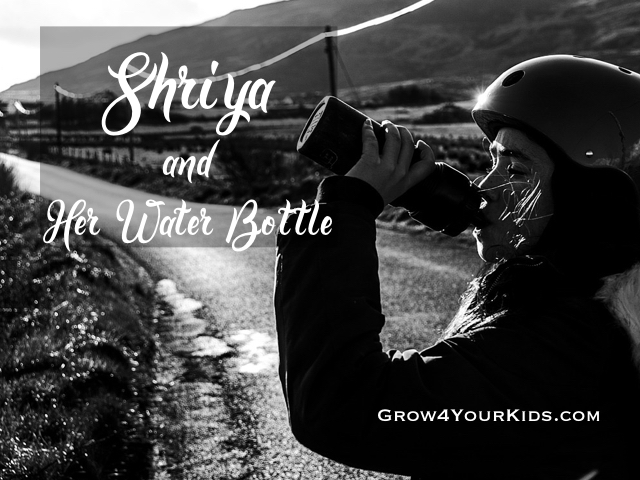 Shriya was very thirsty… so thirsty that her dried lips had patches of hard dead skin. But even as her throat continued to feel more and more parched, she resisted finishing the last ounce of water from her little water bottle printed with her favorite cartoon characters.

When she reached home and instantly demanded water, her mother looked at her face and said, “Shriya, what has happened to you? You look so exhausted.”

“Oh, nothing Mumma. We just trained a little extra for the race.”

Shriya was a bright girl studying in class IV in a city called Manapritur. She was an avid reader, and very fond of stories. A few months back, she read an amazing story of a grocery guy Raghav who helps a thirsty old man and the grateful man makes Raghav’s Pitcher magical. Not only does the pitcher refills itself but it also has magical healing powers.

It was summer and extremely hot in Manapritur. Shriya thought, one of these days returning from her bus stop, she would find this magical old man too. And to ensure she would get her blessing, she made sure there was some water left after the long bus trip from School to Home, no matter how thirsty she became. She walked extra slowly each afternoon dangling her water bottle. So that if at all he was around, the old man didn’t miss her!

To her surprise, one day, when she was lost in thought and entered the gate of her society premises, an old woman who was standing some distance apart called her! “Dear Girl! Can I have some water from your bottle? I’m very thirsty!”

Shriya was shocked for a while, had she imagined this old lady? Wasn’t it supposed to be an old man like the story who asked for water? She didn’t look too shabby either! But she was a stranger, she was old, she was looking very thirsty and tired and she was asking for water from her bottle!

“What happened, baby? No water in your bottle? No prob…”

She was about to say, but Shriya interrupted. “No no, take it, I have plenty!” She said hurriedly.

The woman did look a little taken aback at the suddenness with which Shriya removed the strand of the water bottle from her neck and gave it to her. But she accepted it. Then just like the story, she drank the whole lot! She returned it and looked gratefully and Shriya. “Thanks so much, You did a very noble thing today, what’s your name?”

“My name is Shriya,” she said with a small smile.

“May God bless you Shriya, and may you live a long, happy and fulfilled life dear.”

The woman waved and went down one of the blocks in the society and disappeared around the corner.

Shriya was so happy! Surely now her water bottle will have some magical properties too! It might fill itself, and maybe drinking water from it would help her complete her homework faster so she would be able to spend more time playing with her friends. Maybe, the water from the bottle will help her gain speed while racing with her friend Mohan too. They raced every day, and most of the times Shriya won, but she really had to put in a lot of effort. Maybe her now magical bottle will make it “easie-peesie”. Then another thought struck her. She would definitely help others too, otherwise, the powers of the bottle would be lost, just like in the story because the greedy grocer-man Raghav in the story became so selfish, he didn’t want to help anyone for free.

Smiling broadly she entered her house and was about to ask her mother for a glass of water, but she realized, now she had the magical bottle, it will always be full! So she opened it and tilted it, confident that she will experience the same gush of water that Raghav did after the old man had emptied his bottle.

But… wait… The bottle was empty. She was so shocked. She looked inside, and yeah, it was empty indeed. She hadn’t been selfish, she had been saving water for the stranger for so many days! So what went wrong?

Her eyes welled up with tears, and that was the moment her mother came inside the room with Shriya’s elder brother Vihaan.

“What happened Sweetie Pie, why are you crying?” Shriya went to accept the warm hug her mother was offering. And she said between, “Mumma, I saved water and helped the strange woman too, she was old and thirsty, and yet she didn’t make my bottle magical!”

For a while, her mother couldn’t make a head or tail out of what her wailing daughter was muttering, but then she remembered the story of Raghav the Greedy Grocer. “That Story which Grandma recited to you? That was just a story dear…”

Meanwhile, Vihaan was finding it very tough to contain his bubble of laughter. When Shriya said, “I really met an old lady today, who asked for wa…”, Vihaan started roaring with laughter. His mother scolded him and sent him away from the room.

“Shriya, magical beings in stories are not always real honey, they are symbolic… to give us moral lessons, messages which attempt to make us better at choosing the right path. They help us to differentiate right from wrong.”

“What is symbolic Mumma?” Shriya was not crying anymore. She was very fond of learning new words. “Symbolic… umm, so these characters don’t exist in the real world. They are created by the imagination of the creator of the Story. If you write a story, you can also create some such characters.”

Shriya was listening with eyes wide open now, “So the magical guy would never come? But I was saving water when I was so thirsty, I was so foolish!”

Her Mother smiled, “No, you were not foolish. You are a little child. All children up to an age believe in these characters in their own way. You wanted to help someone, that’s good. But you wanted to help just to get something in return, is not good. You were remaining thirsty although you had water, that’s also not a smart thing to do. Water is very important for our body. But you learned your lesson today, and that’s for the best.” 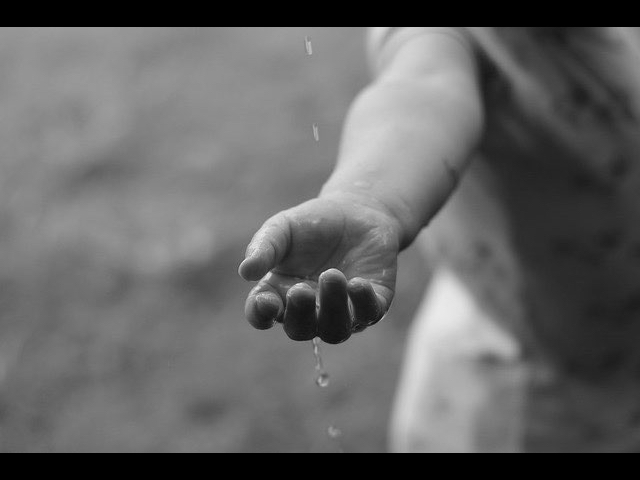 Shriya smiled but then her eyes were troubled again, “Vihaan would tell everyone, they’ll make fun of me.” Her mom said, “No, he loves you a lot, he is laughing now, but once he also believed in stories and their magic and he won’t share your secret with anyone, I promise,” her mother gently said.

That evening when the whole family went downstairs for a function organized by one of the families in the society, the same old woman whom Shriya had misunderstood to be a magician, called her from a short distance! “Hey, dear girl, you little generous lady!!” Everyone started to turn to listen, and Shriya was quite embarrassed, what if the lady decides to tell everyone what a fool she had been?

But the old lady, whose name was Sharda, did not think Shriya was a fool. She excitedly started telling her family members loudly, “This is the little girl I was talking about, she gave me water, despite being thirsty herself. Such an angel she is, may God bless her.” Then she remembered something else, “What were you thinking about though, one moment I felt you don’t have water to share with me, then you were so abrupt, were you alright my dear?”

There. She didn’t know what to say. She didn’t want to lie, and the truth will make her look such a foolish! Now everyone would for sure know what an idiot she was. But that was the moment Vihaan chose to speak up, “Ma’am, she was just very eager to help you.” Not a lie, and no disclosure of anything embarrassing either. Vihaan could be a real sweetheart when he wanted to be. Shriya mouthed a silent thank you. Vihaan winked and went on his merry way.

That night, when her mother was tucking her in the quilt, she quietly said, “Mumma, I got my lesson, but I wish… The story was true.” Her mother smiled. “In a way, it did come true, didn’t it?” Now she wasn’t sleepy anymore! “How,” she asked, getting up excitedly. Her mother was smiling, “Tell me, what is that Raghav actually got from helping people?” Shriya thought for a moment, and said, “Happiness?” “Indeed, dearie, it’s happiness. Didn’t you feel happy when she praised you?” Shriya was also smiling now, “I did, she was so glad and you looked so proud of me!” Her Mumma was glowing now, “Of course I was proud. You did a noble thing by helping someone. You are very young, but someday, and I’m guessing it would be very soon, you will also experience the true joy of helping someone. And then you will know, that Raghav’s story was true in its own way.”

She thought she did understand a little, and smiling to herself, she drifted into deep slumber.

A Note to Parents

Differentiating between Reality and Fantasy is very important for our kids. Many incidences from the recent times indicate that our children suffer a lot if they are unable to do so. At Grow4YourKids.com we urge all the parents to understand how their unique little wonder is affected. Be Aware. Here is a link to our article where we talk more about the Dangers of mixing up real world with an imaginary one : Fantasy Vs. Reality -- When Kids can't Differentiate. 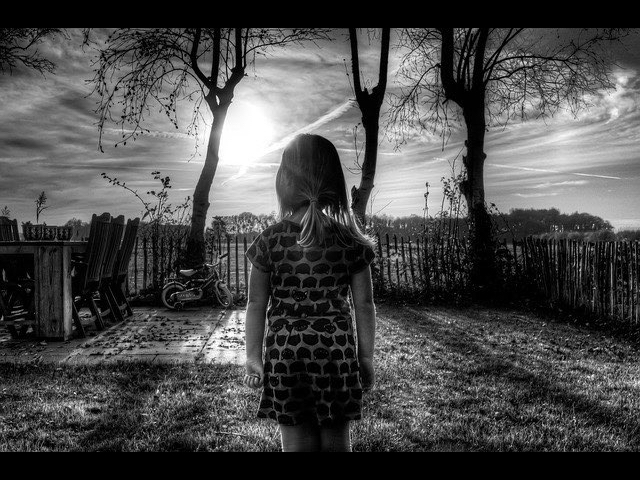