Should a Child Play Ravan's Role?

Should a Child Play Ravan's Role?

The other day, a little girl from the neighborhood, few months younger than my 5 yaar old son, Jayom, came to play with him. Both were enjoying random games which involved a lot of running around, and then they got hold of a mask. Superhero spiderman, my son's favorite. The little girl, let's call her Ria, was fighting with Jayom confidently for almost everything. They were equals, till this mask came into picture. I thought they've run enough, and some role play would be refreshing as well as a little less tiring.

So in the role play, when there was an imaginary tiger standing as the 'danger', Ria backed off, said, "I'm scared of the Tiger", I thought no probs, next time, and encouraged Jayom to become the spider man and give a good lesson to this tiger. "Dhishoom", he said, "how dare you!" And he punched and kicked in the air till the tiger ran away. 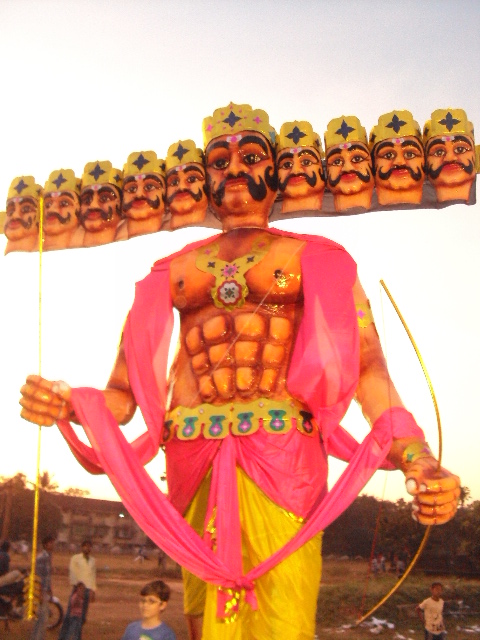 Uncomfortable in Playing the Savior

"Now its your turn Ria, this time you save Jayom from the danger."
"But I can not fight dangers!"
"Oh they aren't real sweetheart, and spiderman is strong enough you see..."
"But only guys can become spiderman!"
"Nothing like that honey, you can become spider woman if you like.."
"No I don't want to... I want to go home."

And with this threat that originated from her discomfort, the game got changed. 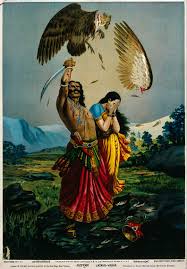 The Seeds of Gender Bias

It left me wondering. How does a 4.5 years old girl has this concept of what just guys can do or what girls shouldn't do? Her parents adore her, she's an only girl, pampered like anything, she goes to a fabulous Co-ed school, and yet she already has this seed of gender bias planted deep in her heart. She wants to be saved, because she either thinks, it's not her job or even worse that she is not fit for the same.

And then a skit flashed in my head. The Ramayan played in Jayom's classroom on the occasion of dussera. Ria isn't in Jayom's school, but she is living in the same society, with the same festivals, same stories, cartoon shows, serials etc. In fact its not even an only Indian problem. A few days back, two independent female researchers in the United States, argued the same thing with impressive statistics. Female protagonists with dreams and aspirations are very rare in our flock of fairy tales. Fairy god mothers are cool, but brave girls saving the world are almost non existent.

A little girl in Jayom's classroom must have played Seeta, and a little boy was in the role of Ravan. While we might think that its great that our kids are getting aware of our culture from such an early age, but we also need to think, that these specific characters and others like these, have a potential of giving them some unwanted notions.

That the girls are week, can be abducted, that they are damsels in distress supposed to be waiting for a hero to save them... On the other hand, boys might start thinking, it's their responsibility to protect, or worse, that they are strong enough to cause distress to poor damsels. Gosh. That's a daunting list. 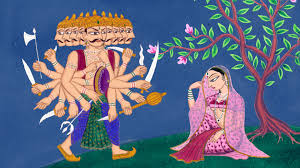 While it's not practically possible to protect our kids from depicting our mythological characters, or watching such skits, serials or films, it's extremely important to counsel children every now and then that so much from these ancient characters wouldn't be applicable in the contemporary context. We need to understand and explain the subtle symbolism so that next time a little Ria can be confident in the role of a superwoman,  kick the hell out of the bad guys and save my little son... After all, not just the thrill of the strength and euphoria of the victory should be shared, but even the responsibility of being a savior.